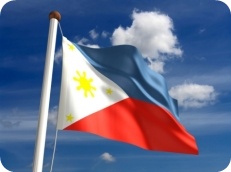 The Philippines officialy known as the Republic of the Philippines lie in south east Asia, to the north of the equator and 160 km to the south of Taiwan. The total land surface area is about 300,000 sq. kms. The Philippines is an archipelago of 7,107 islands, it is divided into three bigger islands: Luzon in the north, Mindanao in the south and the Visayas in the middle.

To learn more about the Philippines:

About Us
How can we help?
Services we offer
Top City Locations
Top Airport Locations
Sign up to Newsletter